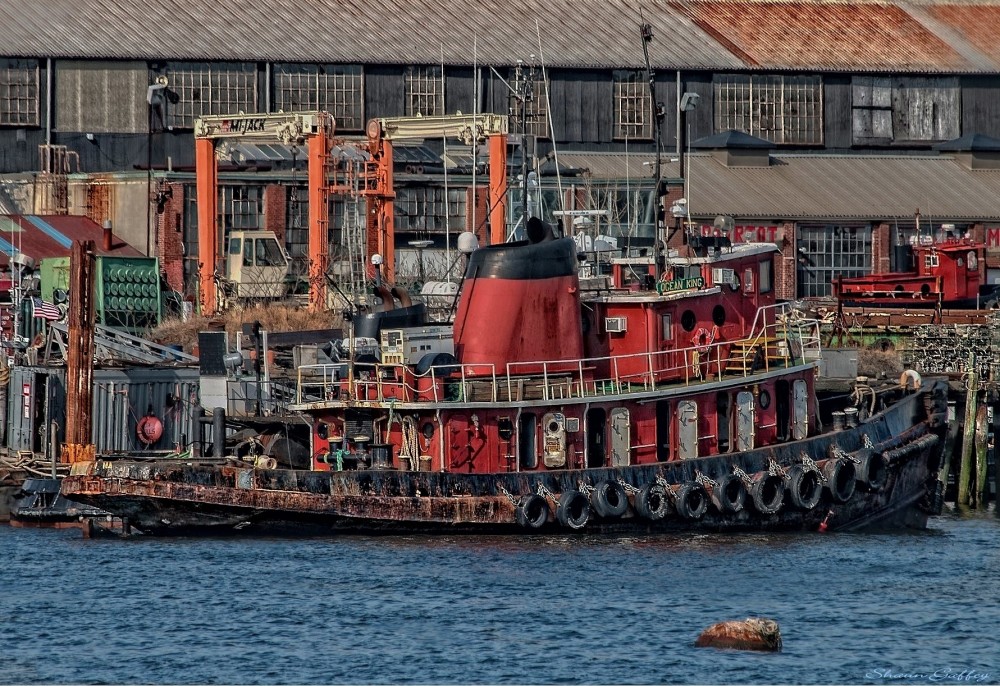 Previous Next
← previous day next day →

Posted by Shaun (Massachusetts, United States) on 27 March 2019 in Transportation.

Ocean King, was built in 1950 in Camden New Jersey for Baker Whiteley Towing Company of Baltimore MD. The Ocean King was sold in 1975, to Patriot Marine in Massachusetts and worked out of Boston. The Tug, towed as far as Newfoundland on occasions. The Ocean King is now tied up in Boston.

Marvellous capture and treatment with an excellent colour palette

It has the king's style.

What there is to see a lot here, the longer you look the more you see !!

An excellent composition that fills the frame with great elements! The reds really add nice punches of color here.

So much character ! Superb detail and light, Shaun.

YOu have captured it in all of its hard working majesty.

This is such a powerful looking boat. I love all of the wonderful detail. A great image of this hard working tug with an interesting history. 5*

Very impressive tug boat. Thanks for the info too.

This is an exceptional photo.

It seems huge and is definitely a king. Super capture.

It’s a good looking older tug. I like this shot of it.

That's a great pic, so much in there. Great!

This image has been featured in 1 Remix collection.